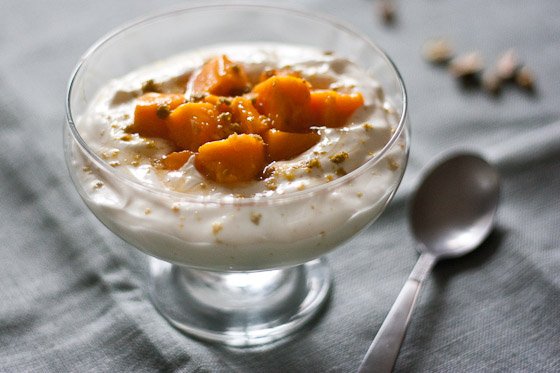 If you had stopped by our house anytime in the last few weeks, you would’ve likely left with pumpkin madeleines, cranberry cake, half of a cheesecake, or a hearty slice of apple pie. Yes, just a few days ago I turned in a batch of recipes to a magazine I’ve been working with for their holiday issue. It has been an excessive few weeks in our kitchen but whenever possible, we’ve been bringing sweets to friends or down the street to the corner coffee shop (a.k.a. Sam’s office). After I sent in the last of the recipes, it was time for some good, clean food. We went to the store a few night’s ago and bought greens, yogurt, tuna, lentils, an avocado, peanut butter and a few other staples. We had soup for dinner; I had more for lunch the next day. After that much buttercream, it’s time for a bit of simplicity. 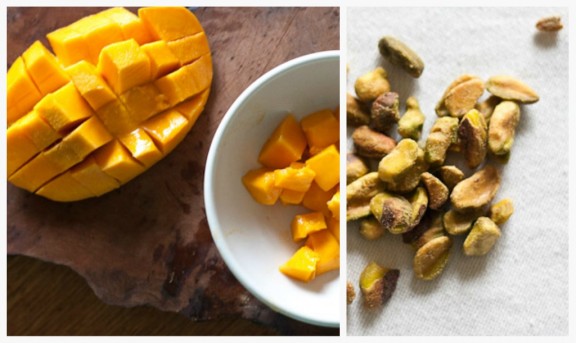 Coincidentally, this week I picked up Tamar Adler’s Book An Everlasting Meal. In it, she writes about the pleasures of simple food, of roasted vegetables and a single boiled egg. She writes about how to craft meal after meal with some greens, olive oil, eggs, and a little leftover rice. I think some people think this isn’t really cooking, and this is why I sometimes feel self-conscious talking about what I like to cook for dinner. It’s rarely grand. It’s usually vegetarian and is more of a “throwing together” than a “composing,” but come 7 or 8 p.m, it’s where I usually land. Just last night, Sam and I had roasted sweet potatoes with a little kale and a soft egg on top. That’s my kind of meal. That’s the way I like to do things, and is probably one of the reasons I’m quite drawn to this book.

I read a lot of food writing. I appreciate a great deal of it, and really stop and marvel at some of it. Adler’s writing falls in the marveling category, with sentences describing the best way to cook greens: “hot and lustily, with garlic, in a good amount of olive oil.” Hot and lustily! And of eggs she speaks of the “reassuring fact that so much privacy, cracked open, isn’t a fragile thing at all but ready for gusto, incubating euphoria.” With sentences that will often catch you off-guard, the book is a celebration of the simplicity inherent in food and the most sensible way to approach preparing it. A lot of this has to do with making a meal out of very little, and thinking of leftovers in a new way.

So here we are with some leftover cream and buttermilk from holiday recipe development, and a turned down page from last Sunday’s New York Times Magazine in which there was an unassuming recipe for Drained Buttermilk with Soaked Raisins. It ran in a piece on Dutch comfort food and it spoke to me because of its spareness. Instead of raisins, we have some beautiful ripe mangoes on the counter so I diced those and topped my version with juicy bits of sunshiny fruit and ground, salty pistachios. Oh, and of course, a generous dollop of honey.

When talking about her goal with the book, Adler writes, “I only mean to show what cooking is: an act of gathering in and meting out, a coherent story that starts with the lighting of a burner, the filling of a pot, and keeps going as long as we like. So, our end is clear. If our meal will be ongoing, then our only task is to begin.” Last night I began with the leftover dairy in the fridge: I lined a colander with a dish towel, filled it with buttermilk, put it in the refrigerator, and went to bed. I awoke to this.

While The New York Times didn’t call this dish yogurt, I found that it basically is. My version uses less cream, and I’d encourage you to use whatever sliced seasonal fruit or roasted nuts you have on hand. Also, I don’t know why, but I really love this when it has a chance to come to room temperature just a bit rather than right out of the refrigerator. Do note that it must chill overnight in the refrigerator, and that time isn’t accounted for in the total time above.

Put a colander inside a large bowl; wet a clean kitchen towel and wring out as much water as you can. Fold it in half to create a double layer; line the colander with it. Add the buttermilk and cover with plastic wrap; refrigerate for 24 hours.

In the morning, remove the buttermilk from the refrigerator and use a spatula to scrape the thickened buttermilk from the towel into a bowl and stir it until it’s smooth and creamy. Discard the liquid that has strained away into the bowl (or use a little to drizzle on top along with the honey).

In a separate bowl, use electric beaters to beat the cream to a soft peak. Fold the cream into the buttermilk. Portion into individual bowls and top with diced mango and ground pistachio. Drizzle a healthy spoonful of honey on each.