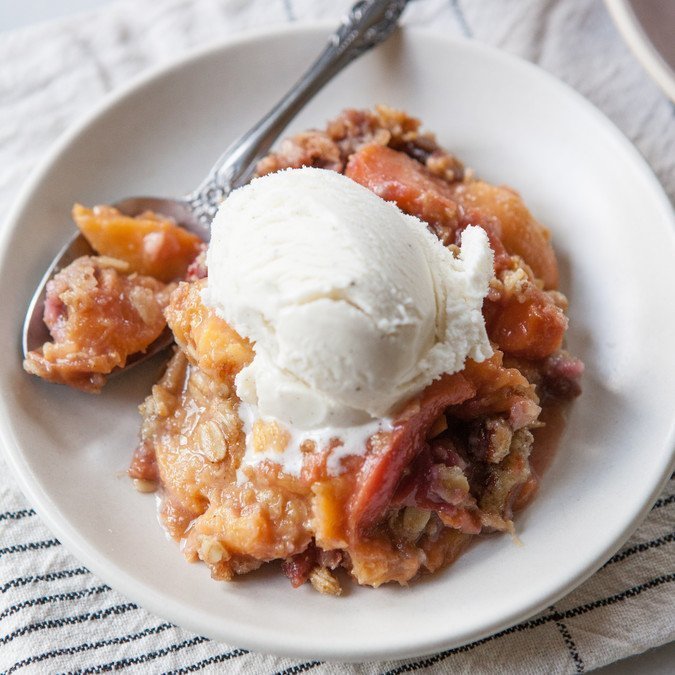 I had a moment last week when I looked around at Sam and I racing to get Oliver a second glass of milk while simultaneously making lunch for the next day, running his bath and washing one of Frankie’s bottles and thought: what have we done? We’d hardly talked to one another since we got home and we both had an agenda the second Oliver was asleep: Sam to catch up on unfinished work, me to do some yoga and shower before bed. Two passing ships.

To say that life looked different years ago when we met is an understatement: obviously we didn’t have kids then, we both were self employed and hustling to make a dream work. Today there’s less of that constant hustle as we both make moves to settle in and work for other companies with actual health care and steady pay checks. Imagine!

But I had a vision the other day of the crux of what made us us … sailing away. Back then, we dreamed we’d open up a studio called Pies and Pixels: I’d bake and sell pies and Sam would design and we’d have this coworking space where the community would come together. Sam is most fulfilled when he’s creating. And in a way I am, too. But these days, the dream of Pies and Pixels has changed. It’s no longer in close reach — for so many reasons. Nor would either of us say it was a particularly good decision for the stage of life we’re in. But lately, I’ve realized I miss the dreaming part, our modern version of Pies and Pixels. 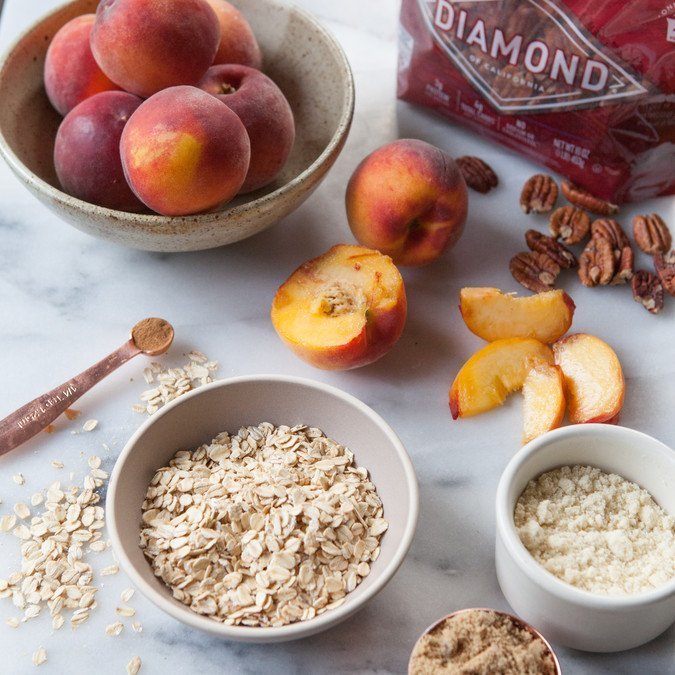 When I talked to Sam about it, expressing my fear that we were losing parts of ourselves that made us us, he said it wasn’t so. It was just that now we were living the thing versus just dreaming about the thing. Sure it looks different now, but this is it playing out in real time rather than just inside our heads. 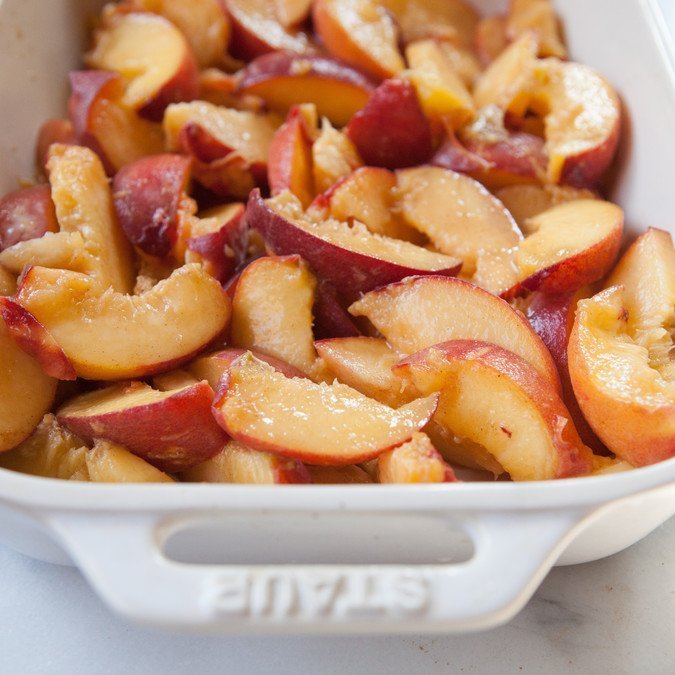 I’m reading a book right now called Overwhelmed, kind of a study of our busyness culture (the subtitle is, “How to Work, Love and Play When No One Has the Time” — I’m here for that!). I just finished the chapter on leisure time and how Americans have lost the ability to recognize, use and enjoy it. One of the leisure researchers started his discussion by defining leisure as “being open to the wonder and marvel of the present.” I love this so much, and it’s not all that different from what Sam was saying: we’re now living our lives in the present instead of dreaming them up. And while many days that contributes to this sense of overwhelm and loss of time to think about Big Ideas, it also forces us to keep our feet planted firmly in the moment we’re in. And there’s something special comforting about that, too. 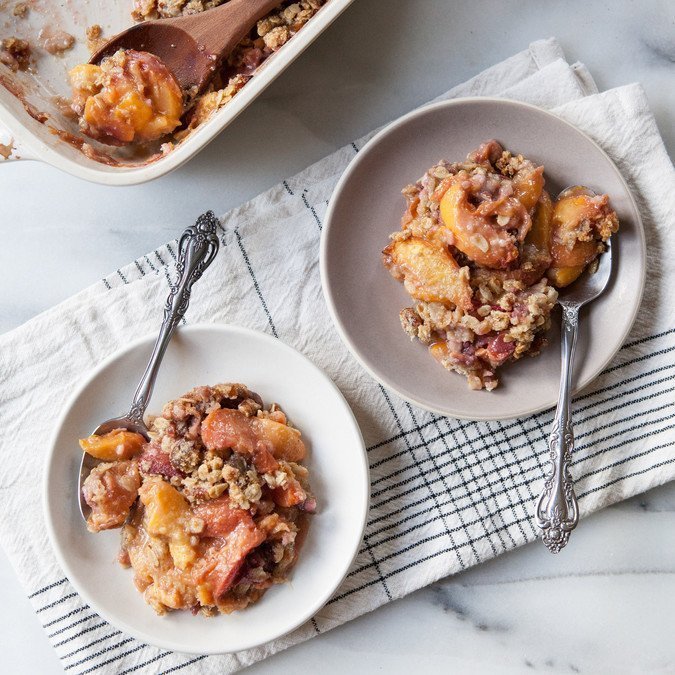 In the spirit of Pies and Pixels combined with the reality of busy, modern lives I bring you today a very simple peach crisp. I love making pie, but it is certainly a bit more of a commitment than a crisp or a crumble and sometimes you’ve got ripe fruit on the counter and a tiny window of free time — and neither one can wait.

This post is sponsored by Diamond Nuts. As always, all opinions are my own. Thank you so much for supporting the brands that help me do what I love!

Fruit crisps are all about simplicity so no need to peel the peaches here – the skins soften in the oven. Coconut oil tends to be soft at room temperature but not necessarily liquid unless your kitchen is quite hot, so warm it in the microwave or on the stovetop until it’s liquid for this recipe. The crisp is best eaten the day it’s made.

In an 9×11 inch baking dish, mix together the sliced peaches, sugar, lemon juice, cornstarch and cinnamon. Set aside.

In a medium mixing bowl, stir together the oats, pecans, almond meal, brown sugar and salt. Mix in the coconut oil and stir until combined.

Spoon the topping over the peaches to cover them evenly. Bake for 50-60 minutes, or until the fruit juices are bubbling and the topping is deep golden brown. Transfer baking dish to a wire rack and allow to cool for 1 hour before serving.

The crisp is best enjoyed the day it’s made, but it holds up just fine, covered and on the countertop for up to two days.