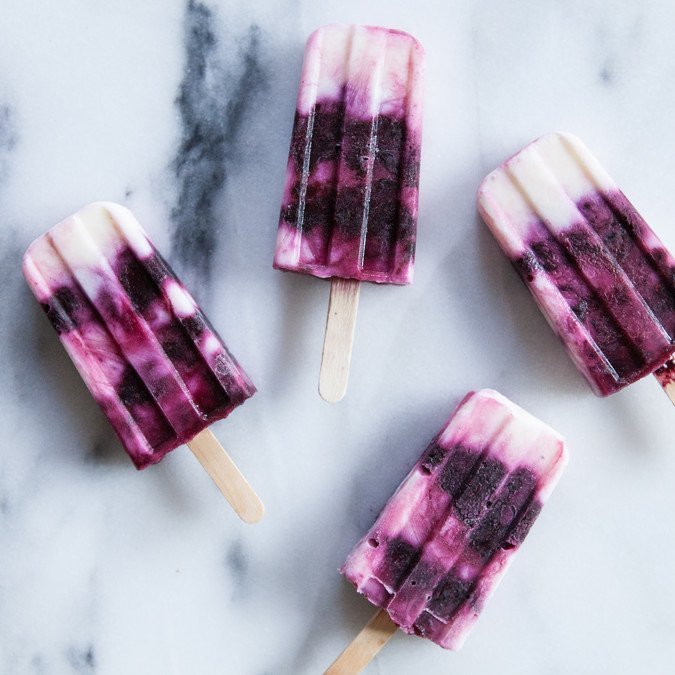 In a few short weeks, we’re headed to New York, Vermont and New Jersey to visit family and see my sister Zoe get married. In starting to think through the trip and do a little planning, I found Oliver the cutest tiny-person dress shoes I’ve ever seen (and he’s quite smitten with them), sussed out childcare options for the night of the wedding, and found what feels like the most expensive (and last) rental car in the state of New Jersey. I try very hard not to be one of Those People that begins lamenting the loss of a season before it’s remotely appropriate to do so, but this year, as we’ll be gone much of September, I’ve felt a bit of a ‘hurry, make all the summery things!’ feeling set in. So we’ve been managing increasingly busy days punctuated with zucchini noodle salads, gazpacho, corn on the cob and homemade popsicles (preferably eaten shirtless outside followed by a good, solid sprinkler run for one small person in particular. Not naming any names). 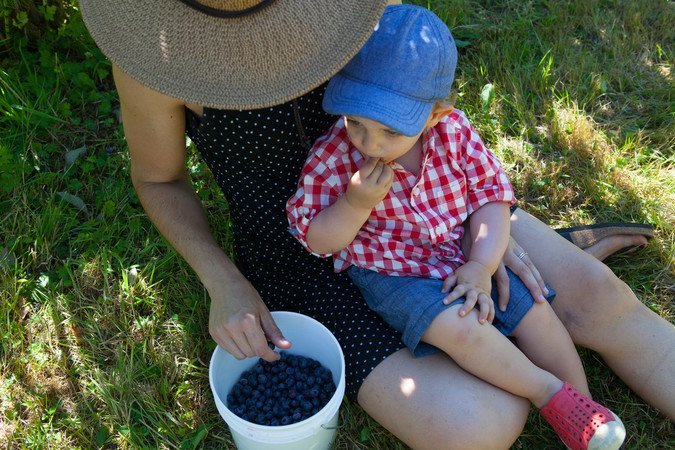 A few weeks back we went blueberry picking with our friends John and Emily and their son, Lewis (Oliver’s best friend). While we love Bow Hill Blueberries, it was a bit of a trek this year with the little guys, so we checked out Bybee Farms instead, right at the base of Mount Si. We loaded up the car early, got a strong latte on the way out of town and pulled up just as the hot (hot, hot) sun was starting to peek out from behind the mountain. 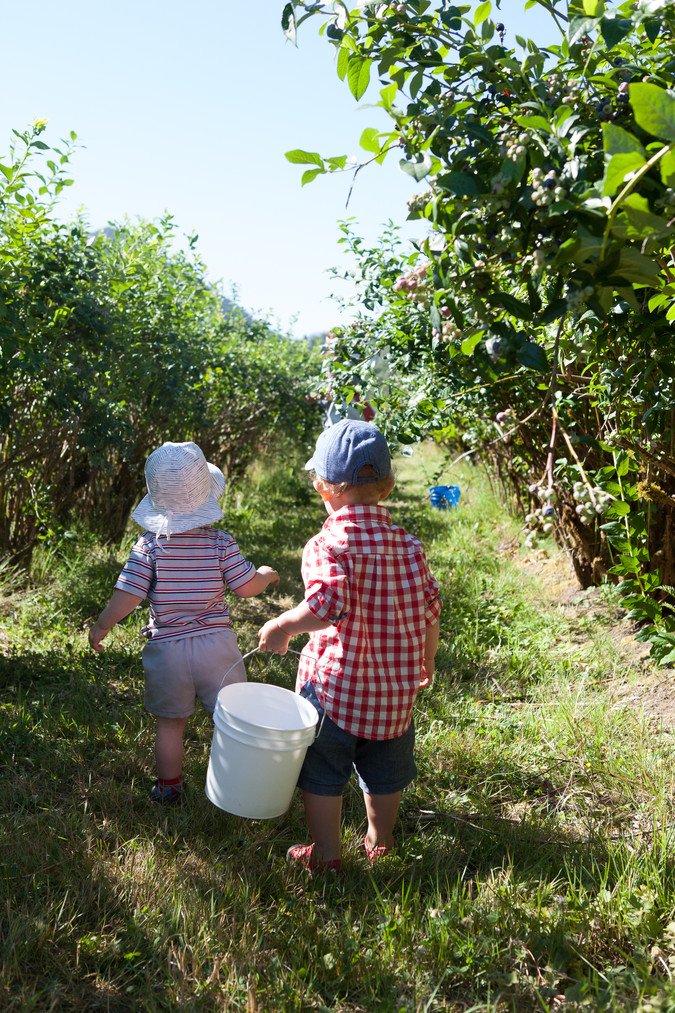 The boys spent much of their time picking and almost immediately eating their blueberries, so we didn’t win any awards for Most Blueberries Picked, 2017. No medals, no crowns, but we did leave with almost 3 pounds and spent the weekend snacking on handfuls and sprinkling them on morning cereal. I ended up freezing a few cups, thinking I’d make a crisp or cobbler. Maybe some muffins. 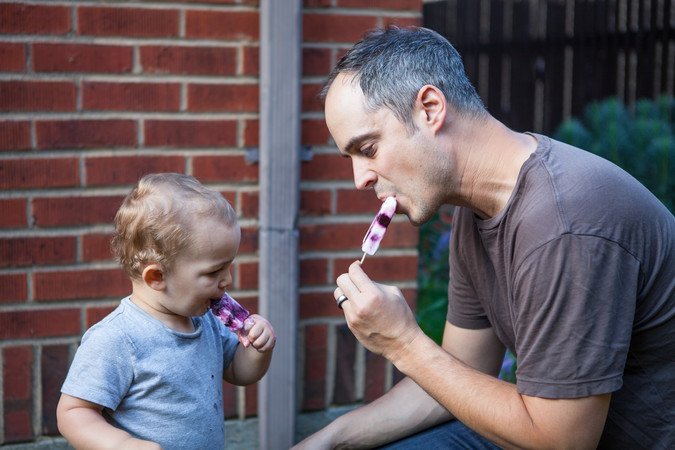 But then, the ‘hurry, make all the summery things!’ feeling moved into the house and I was lying in bed drinking coconut Le Croix and reading A Year Between Friends by Maria Alexandra Vettese and Stephanie Congdon Barnes, and stumbled across their Raspberry Ripple pops. It was a sign: 10:30 pm popsicles were in order.

If you’re not familiar with A Year Between Friends, it’s by the women who started 3191 Miles Apart, a website devoted to chronicling a friendship, mostly in photographs, from two homes across the country (Portland, OR and Portland, ME).  A few times a week they each post a photo and a few words, encapsulating their day. It’s often something domestic and, perhaps, some would say insignificant but the simple moments all add up to tell the story of their lives, family, and their own friendship with one another. I’ve kept the book on my nightstand for a few months now, and dip into it as an escape and for a little inspiration surge: there are craft projects (naturally dyed baby clothes!), recipes, letters and stories — tales of family passing away, sugar cookies baked, babies born. Lives getting lived. 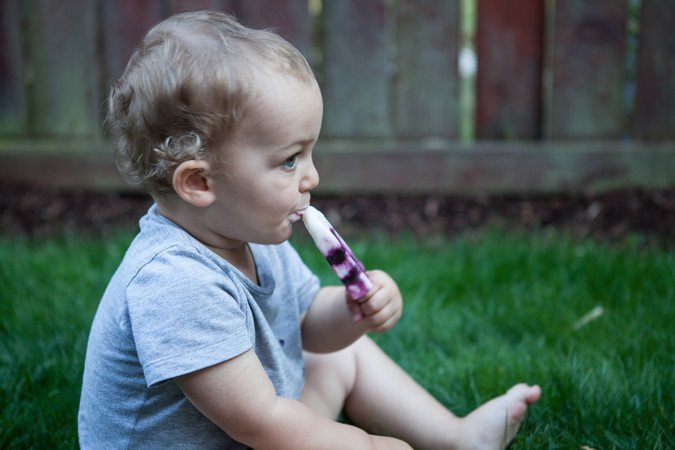 Maria and Stephanie wrote this recipe for raspberry pops, but I was specifically looking for something to do with our blueberries – so there you have it. But feel free to use any summer berry you like. I ended up straying from instructions a bit and cooking down the berries with sugar and lemon juice to make the mixture a bit jammier before throwing it into the food processor; this is nice, too, because it allows you to use frozen berries instead (or along with) fresh, so these can be a season-less affair.

Adapted from: A Year Between Friends

In a small heavy-bottomed saucepan, cook down the blueberries, lemon juice and 2 tablespoons of sugar for 2-3 minutes, or until berries soften and become a little jammy bit and sugar is dissolved (if using frozen berries, this will take longer). Let cool, off the heat, for 10 minutes.

In a blender or food processor, blend the berry mixture until liquified.

Dividing evenly, layer the blueberry puree and vanilla yogurt in the pop molds until they’re nearly filled (leave 1/4-1/2 inch at the top for expansion). To create the swirls, gently poke each pop with the end of a chopstick before placing the lid on the mold and adding the popsicle sticks.

Freeze until firm, at least 4 hours. To remove the pops, run warm water over the outside of the molds and slide them out. Store in the freezer in an airtight container between layers of parchment or wax paper.