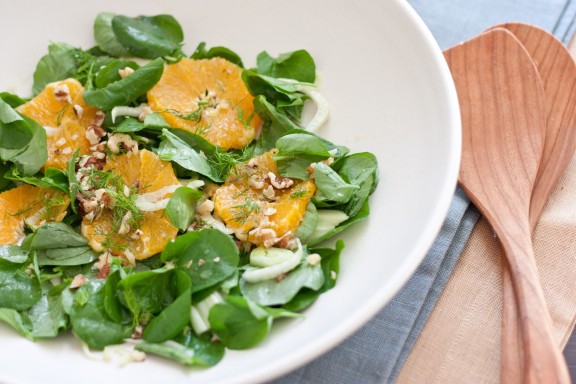 So Marge. A few of you have asked how things are going. I love that. Thank you. Things are plugging along. I’m adding another farmer’s market onto the weekend docket in a month or so and testing some new pie recipes. It’s good. It’s all good. But I have to say: when it’s 38 degrees, rainy, and “ski week” for the kids in school (don’t ask–it’s a California thing) the market is pretty darn slow. That was the case last weekend. And I don’t blame people. If I wasn’t working, you couldn’t have paid me to get off the couch in that weather. It was a pretty surreal experience though: baking a lot of pie and having very few customers come through the market. I gave some slices away to local businesses, telling them all about Marge. They were thrilled. Pie makes people very happy. I made some last minute pie deals at the end of the day. And then I got smart.

I started to trade like all the other vendors do. The sausage guy traded a pie for some bratwurst. I got a few slats of micro greens, some pesto, stinging nettle ravioli and a bunch of chard, lemons, and fennel. Could be worse. I made simple meals with the greens, lemons, and bratwurst. But I’ve been sitting here staring at the fennel in the fridge for days now. What to do, what to do? I consulted the incredible, new-ish Essential New York Times Cookbook for ideas and found just the thing: a bright, wintry salad cloaked in a citrus dressing of fresh orange juice and walnut oil and topped with toasted walnuts. 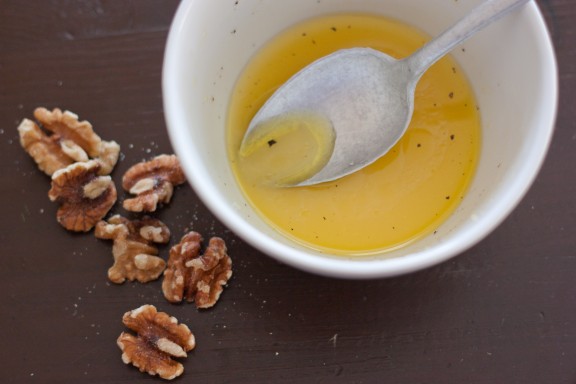 This salad will, I promise, brighten up even the darkest and chilliest of afternoons. It will make you forget about the fact that you gave away a lot of pie on a particularly slow day at the market.

The recipe, as written, is absolutely lovely. I opted to swap out the extra virgin olive oil for a toasty walnut oil that I think works really well with the brightness of the orange juice in the dressing. If you don’t have walnut oil on hand, olive oil will work just fine. And a note on fennel: when the recipe discusses the fronds, those are the delicate, almost frilly leaves connected to the stalks. As the directions indicate, you’ll reserve them to lay atop the salad.

Wash the watercress and cut off the stems. Place leaves in your favorite salad bowl.

Cut the fronds off the fennel stalks and reserve. Discard the stalks. Mince the fronds and set aside. Cut a slice off of the bottom of the bulb, then cut it lengthwise in half. Slice the halves crosswise into thin slices and lay in with the watercress.

Remove the orange peel by slicing off the top and bottom of the orange. Cut around the orange with a serrated knife, using a sawing motion to cut off the white pith as well as the peel. Slice the oranges into thin rounds and add to the salad.

Juice one orange for the dressing. Mix the walnut oil and 1/3 cup fresh orange juice together and season with salt and pepper. Mix with the salt, and sprinkle with the minced fennel leaves and toasted walnuts.