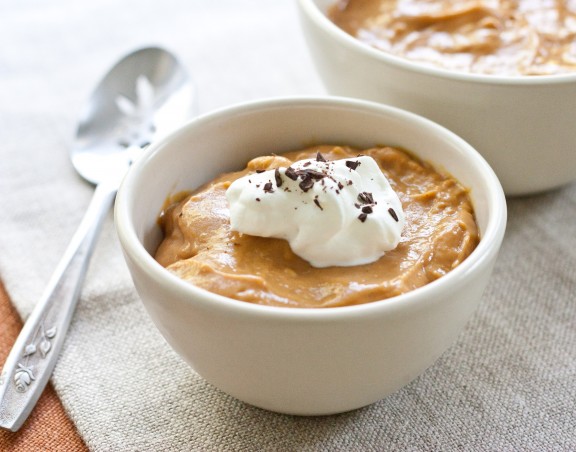 Last week was a whirlwind of flour, sugar, cool fall evenings, early morning drives to the industrial part of the city and some new baking friends. I enrolled in a one-week intensive baking course through San Francisco Baking Institute in methods and ingredient functionality. It was fascinating to learn the science behind what I do and love (the “why’s and “how’s” lurking behind recipes and formulas). I haven’t done the whole commute thing in a long, long time so after a few days of really bad morning radio I gathered up a new play list. And you know what I’ve found about this particular playlist? Not only is it fabulous for weaving in and out of traffic on Highway 101, it’s also great for shaking your booty while you’re making butterscotch pudding.

Here are a few of the musical highlights. Picture me weaving through traffic peacefully at the crack of dawn:

Carolina Chocolate Drops This North Carolina string band trio learned their skills from old-time fiddler Joe Thompson. Joe was in his 80’s when they would head over to his house and sit on the porch observing, learning, absorbing. “Memphis Shakedown” is the best song for stirring butterscotch pudding like there’s no tomorrow.

The Living Sisters are perfect late afternoon or Sunday morning music. There’s a quiet deliberation that I love, and a breathy old-timeyness. Check out “Blue” and “Double Knots.”

I don’t completely know how to describe Joanna Newson other than magically odd and mildly addicting. You have to be in the right mood, but if you haven’t experienced the crazy stuff she does with the harp and her eerily powerful vocals, you’re missing out.

My crush on Eddie Vedder is deep-seated, and it hasn’t ended with the few songs he did for the Eat, Pray Love soundtrack. Regardless of what you thought of the book or the movie,”Better Days” and “The Long Road” make me smile and slow down.

Oh Regina Spektor, your lyrics are smart and your voice stops me in my tracks.  Check out “Better” and “Fidelity.”

She and Him‘s Volume Two is my go-to shower or driving to work album. Turns out it’s great for pudding stirring as well. Who knew?  My two favorite songs are “Thieves” and “Don’t Look Back.”

And of course, you can’t go wrong with some Bob Dylan, Jay Z., old Violent Femmes, Wilco, Gillian Welch,  or Jenny Lewis. Happy listening, driving, stirring, baking…or whatever you’re up to this week.

And now for some pudding. This recipe is from the Baked cookbook. I’m obsessed with Matt Lewis and Renato Poliafito’s first effort and their newest book, Baked Explorations, is just as exciting. The Baked boys have a little bakery in the Red Hook neighborhood of Brooklyn and a location in South Carolina as well–they do classic American desserts with playful, innovative ingredients (malt, pepper, milk powder). and I can’t wait to actually visit the bakery while in New York in November. For now, we’ve got their pudding.

Put the egg yolks in a large heatproof bowl and set aside.

In a small saucepan, combine the granulated sugar and 1/4 cup water and stir gently with wooden spoon or heatproof spatula to combine. Avoid splashing the sides of the pan. Cook over medium heat until sugar’s dissolved, then increase the heat to medium-high and cook until mixture reaches a dark amber color. Don’t stir during this time–to keep the color consistent, you can swirl the pan if necessary. Remove from heat and let stand one minute before slowly stirring in the cream. Pour the caramel mixture into a small bowl and set aside.

In another small saucepan, combine the brown sugar, cornstarch and salt and stir in the milk with a whisk to combine. Cut the vanilla bean in half lengthwise, and using the tip of a knife, scrape the seeds into the milk mixture. Cook over medium-high heat, whisking occasionally, until it comes to a full boil. Remove from the heat and add the caramel. Whisk until combined, then pour one third of the mixture over the eggs to temper them. Don’t add the entire mixture at one time. Keep whisking the egg mixture and add another third of the hot milk mixture. Transfer the egg mixture back to the saucepan with the milk mixture and, whisking constantly, bring to a boil over medium heat. Once it comes to a boil, continue to boil for 2-3 minutes, whisking constantly, or until it reaches a thicker almost pudding-like consistency. Pudding will also thicken as it sets, so don’t worry if it’s not the perfect pudding consistency at this time.

Remove from heat and add the butter and the whiskey. Keep whisking for about one minute to cool the pudding. Remove the vanilla bean. If your pudding looks chunky, filter through a mesh seive. Cover the top of the pudding with plastic wrap and press lightly down so it touches the surface of the pudding. This will prohibit the pudding from getting a thick skin on top. Refrigerate until ready to use. Pudding will thicken and continue to set.

To put together: whip the heavy cream (with a teaspoon of sugar if you’d like) and add a dollop on top of each serving of pudding. Then top with chocolate shavings.