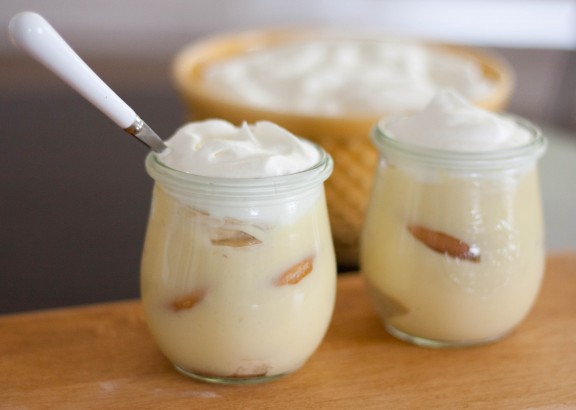 My friend Autumn recently pointed out an article in The New York Times all about living alone. Not like me in my city apartment, but like folks who choose to be fiercely independent and move somewhere isolated where they can truly be away from it all. The author, Sarah Maslin Nir, profiles three individuals (all men, interestingly enough) and discusses their compulsion to live in isolation. One man describes a feeling of freedom when you’re by yourself: “you don’t have to answer to anybody.” There’s also a feeling of self-sufficiency. Others choose a reclusive lifestyle as a political statement. A 27-year-old British man spent the last year living in a hut he built in  Sweden as a way of being environmentally responsible. Regardless of the justification (and I suppose there doesn’t really need to be one) “Embracing the Life of Solitude” made me really think about what it means to deliberately choose to be by yourself.

Now that desire for extreme solitude isn’t a feeling I can relate to. While I am enjoying living alone, I will ultimately want someone to share moments with. But I will say that lately I’ve surprised myself. I haven’t freaked out (totally) like I thought I would and I haven’t hid in bed with the curtains drawn. When I’m here in the apartment I often turn on the TV for background noise, touch base with friends and family on the phone, and have a pretty deliberately jam-packed calendar. So solitude it’s not. But I kind of like the small changes that I’ve discovered in the cadence of my days: I go to bed later for some strange reason, I’m reading much more,  making tea and sitting on my little stoop, chatting with my neighbors and not rushing home right after work, meeting up with new friends and being more spontaneous. All good things. Oh, and yes, I’ve been known to throw in the towel and eat pudding for dinner. I can’t recommend it enough. When you’re inclined to throw in the towel–whether it’s choosing a summer of solitude or eating a Southern dessert for dinner (and then breakfast the next morning), I’d say by all means. Because –at least for me– there’s no one around to tell you not to or to judge the nutritional composition of your dinner. It doesn’t matter if it sounds good to anyone else. Remember when you were little and the saying ‘you’re not the boss of me’ was your biggest weapon? Ya, kinda like that. 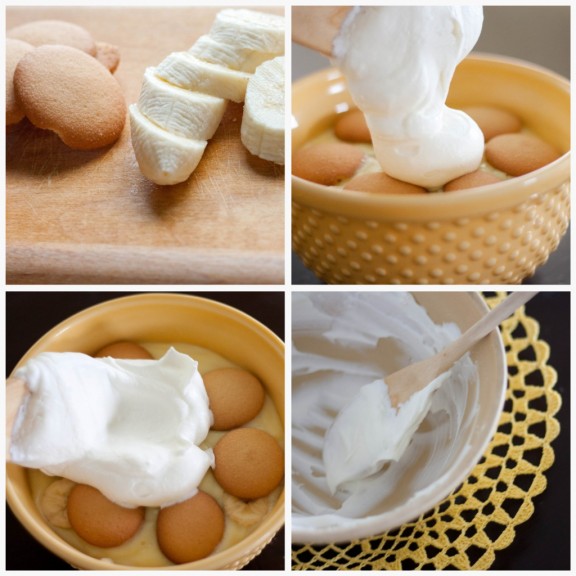 I think the first time I had banana pudding was actually at Magnolia Bakery in New York. I’m embarrassed to even talk about it because I was one of those twenty-somethings in line for the cupcake they saw on Sex in the City. Have you been to the bakery? It’s actually quite likeable in a very vintage Americana way with colorful cake-stands and tablecloths and really darn good cupcakes. But that night we knew we wouldn’t be back for a long time, so in addition to cupcakes I bought a few not-so-memorable cookies, a piece of pie, and a to-go container of banana pudding. We sat on the bench across the street, kicked off our shoes, and a quiet fell on the street corner as we sampled each treat. We ambled back to the hotel on that humid night in New York with sticky fingers and smiles. I’ll never forget that banana pudding: super creamy with the ripest bananas and piles of fluffy whipped cream. When I got home, I looked up the recipe in the Magnolia Cookbook only to discover they use instant pudding. It really wasn’t much of a recipe at all–more like add some bananas to some instant pudding and call it a day. Let’s just say that’s about the time when banana pudding and I parted ways. But thanks to this simple recipe, we’re back together.

The recipe is from a great book that focuses just on Southern desserts. We’re talking lemon ice-box pie, Hummingbird cake, Coca Cola cake–nostalgic desserts culled from the editors of Southern Living Magazine. I cut the published recipe in half because, let’s face it, I don’t need 12-14 servings of anything laying around my apartment. But even so, I had some pudding leftover after I filled my serving dish, so I made a few individual glass jars–next time I think I’ll do them all in glass jars. I like how you can see the layers of the pudding through them. I also adapted the recipe to include less sugar and a bit more flour for a slightly thicker pudding. I encourage you to throw in the towel and try some for dinner very soon.

Whisk milk and egg yolks in a bowl and pour into a heavy saucepan. Add sugar, flour, and salt and whisk together until smooth. Cook over medium heat, stirring constantly, 20 minutes or until thickened. If it’s not getting as thick as you’d like after 20 minutes, feel free to add another teaspoon of flour. Remove from heat; stir in the vanilla.

Arrange one-third of vanilla wafers in bottom of a small serving dish. Slice 1 banana and layer over wafers. Spoon one-third of custard over bananas. Repeat until custard is gone and you have a few solid layers.