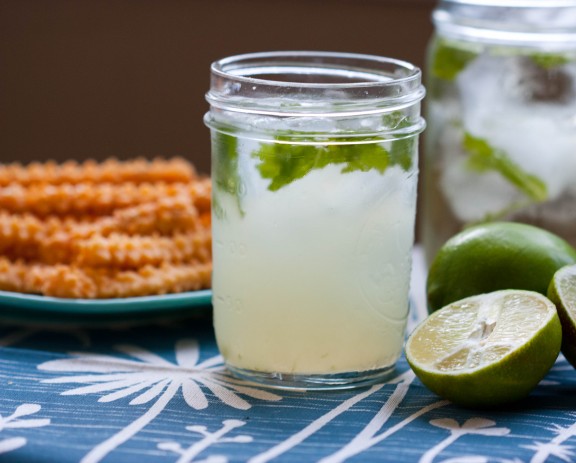 If you’ve been around A Sweet Spoonful for awhile, you already know a few things: 1) I like strong drinks and 2) I don’t often accept freebies or do giveaways on the site. With this next post, one of those things has changed. While I just don’t see the relevance or need for plastic batter bowls that store batter in the handle (what?!), towels specially designed to sop up red wine, or acid-resistant bud vases (hmmm)–I do see the need and relevance for vodka. So when the kind folks over at SKYY vodka wrote to me to introduce their new Ginger infused vodka, I told them to send one on over. Quickly. It’s been a tough few months.

In thinking about how I wanted to mix it, I kept thinking how great it would be to pair it with fresh lime juice and mint. I didn’t add any sweetener because, in addition to liking strong drinks, I dislike syrupy sweet ones. So if this  has a bit too much of an edge for you, add a dash of simple syrup. But honestly, I think you’ll like it. It screams outdoor patios and freshly mowed lawns. There’s a drink out there called the Moscow Mule, which is basically vodka, fresh lime juice, and a few glugs of ginger beer. My recipe is in the same family but it’s more like the Stiff Mule: we’re not messing around here. I think I’ll call it that. 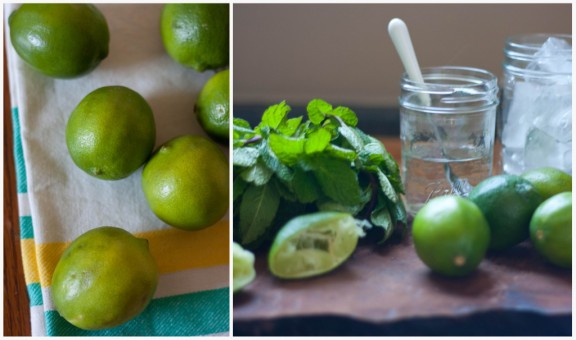 O.k., now onto the snacks because, I don’t know about you, but when you start mixing up cocktails, there needs to be a little something to much on. My mom recently bought this incredible narrative cookbook called Screen Doors and Sweet Tea. Have you seen it? It’s written by Martha Hall Foose and in it she details her experiences living in the South and some of the traditional (and not so traditional) recipes she’s come to love from the Mississippi Delta. In all honesty, I haven’t come across a cookbook I’ve been this excited about in a very long time. So I dove right in this afternoon with recipe that looked like it’d pair well with the Stiff Mule: Martha’s Yazoo Cheese Straws. Legend has it that Mary Margaret Yerger began her cheese straw business modestly. Now, 79 years old, they pump out 3,000 pounds of straws a day. That’s a lot of cheddar, my friends. The recipe is flawless. I did make a few adaptations, mixing in a bit of white cheddar and sprinkling sesame seeds on top for a little extra crunch.

Have a great weekend. I’ll be working, but hopefully you’re doing something outside or in the kitchen or creative or new. Cheers to whatever it is you’re up to, and cheers to stiff drinks and delightfully salty snacks.

This recipe asks that you let the cheese come to room temperature before combining it with the butter because the dough will be much smoother. And if you don’t have a cookie press lying around, just form the dough into 2-inch round logs and chill until firm. Then slice into 1/8-inch thick disks and proceed with directions from there.

Preheat the oven to 375 F. Prepare a cookie press with the star attachment or an another narrow attachment of your choosing.

In a food processor fitted with the metal blade, combine the cheese, butter, salt, pepper, and dash of hot sauce by pulsing until well blended. Then add the flour and pulse until a ball of dough forms. Press long strips of the dough 1 inch apart onto ungreased cookie sheets (I used a Silpat just to be safe).  Sprinkle with sesame seeds. Bake for 12-15 minutes or until the edges just barely begin to brown.

Remove the cheese straws and let cool completely. Break in half if you’d like (not all of the sesame seeds end up sticking). Store in an air-tight container.

Muddle the mint in a little glass with a pinch of sugar and a few drops of water. Then add  to the cocktail shaker along with the other ingredients, shake vigorously, and pour into glass. Garnish with a few sprigs of chopped mint.